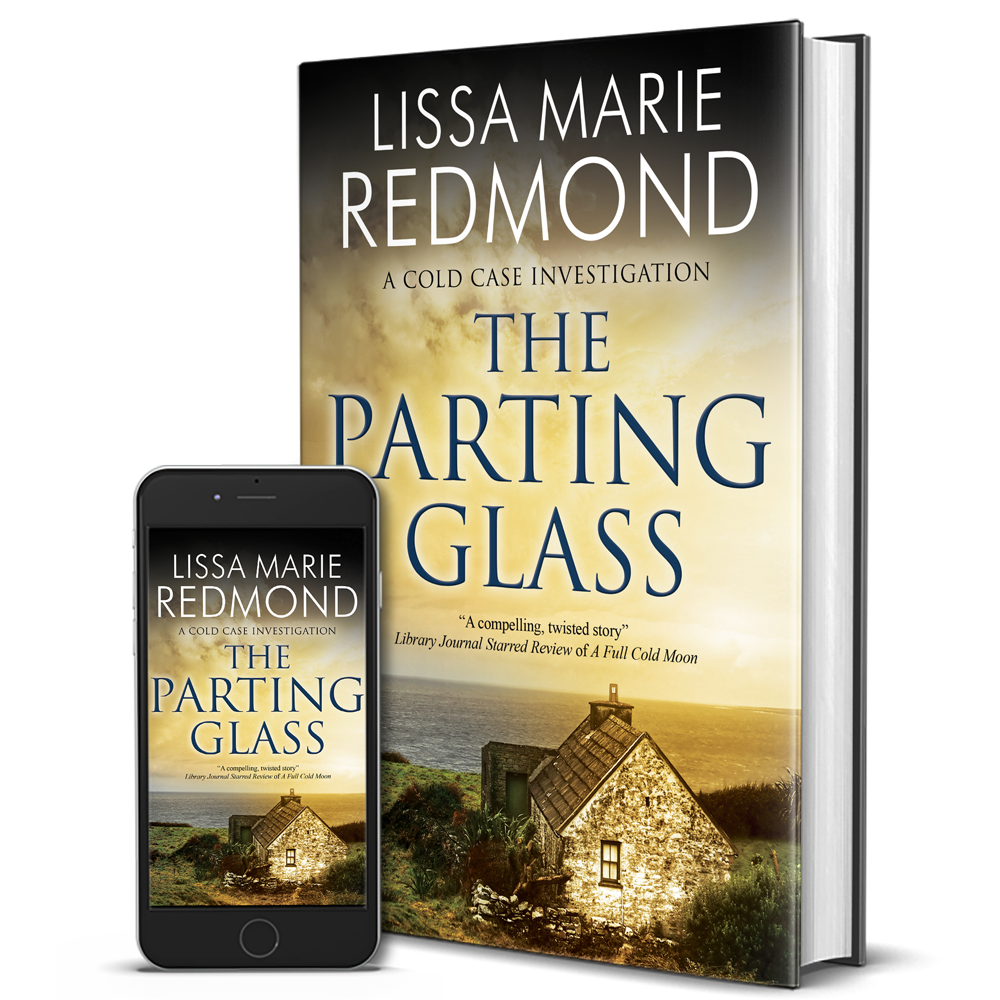 While on Injured on Duty status, Lauren Riley’s hired as a private investigator to travel to rural Ireland in search of a Picasso painting stolen twenty years earlier in this nerve-shredding thriller.

An old wound forces Cold Case Detective Lauren Riley onto Injured on Duty leave. Unless she rests she faces the threat of early retirement. However, dreading the prospect of doing nothing for six months, Lauren renews her private investigator license.

She’s soon contacted by Sharon Whitney, the ex-wife of wealthy Buffalo resident – and suspected mob boss – Howard Whitney. During their bitter divorce twenty years earlier a Picasso painting was stolen from their home and never recovered. After the main suspect passes away from ill health in Ireland, Sharon to hires Lauren to locate the painting – before her ex-husband does.

Lauren expects a low-stress, fact-finding trip yet arrives in Ireland to discover suspicions around the suspect’s death and his home ransacked. With the clock ticking, uncovering the truth behind the painting’s disappearance may be far more dangerous than Lauren imagined. 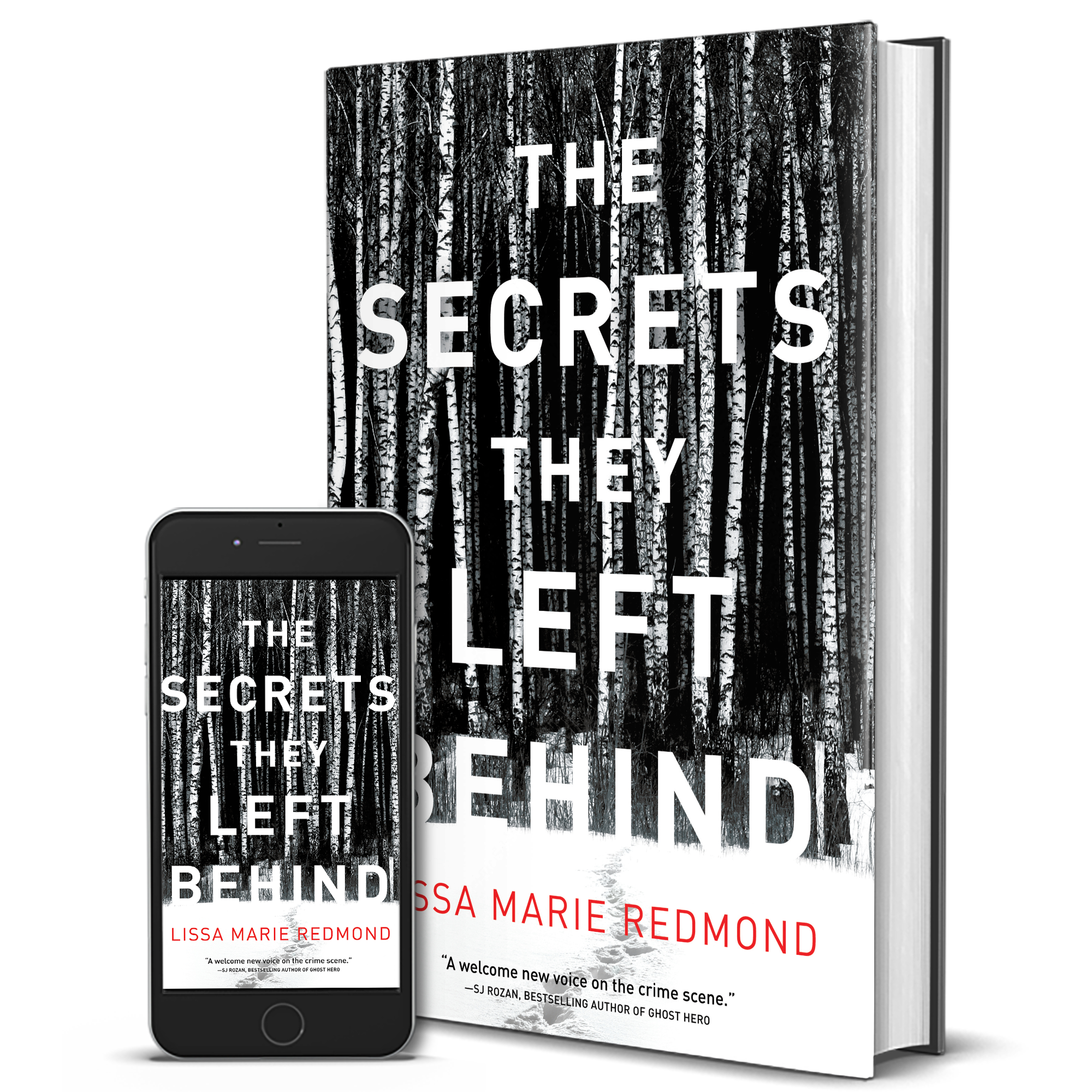 The Secrets They Left Behind

Three missing girls, no leads, a vault of dark secrets, and a case that’s getting chillier by the minute, set the stage for this nail-biting procedural from former cold case homicide detective and acclaimed author Lissa Marie Redmond.

Three college freshmen go missing from their rural hometown of Kelly’s Falls while on Christmas break. Their cell phones, coats, and purses are left behind, but the girls have disappeared without a trace. As the days turn into weeks and the investigation grows cold, twenty-three year old Buffalo police officer Shea O’Connor is called on to dig up leads undercover.

Still bearing the emotional and physical scars of a previous case, O’Connor infiltrates as eighteen-year-old Shea Anderson, a college freshman and the “niece” of the town’s police chief. As she begins to immerse herself in the missing girls’ world, befriending their friends and family, and doing whatever it takes to maintain her cover, O’Connor realizes the track is far colder than she initially thought. But whoever was behind the girls’ disappearance was only warming up, and they have set their crosshairs directly on her.

The heat is on for O’Connor as she closes in on the shocking truth about what really happened the night the girls vanished. 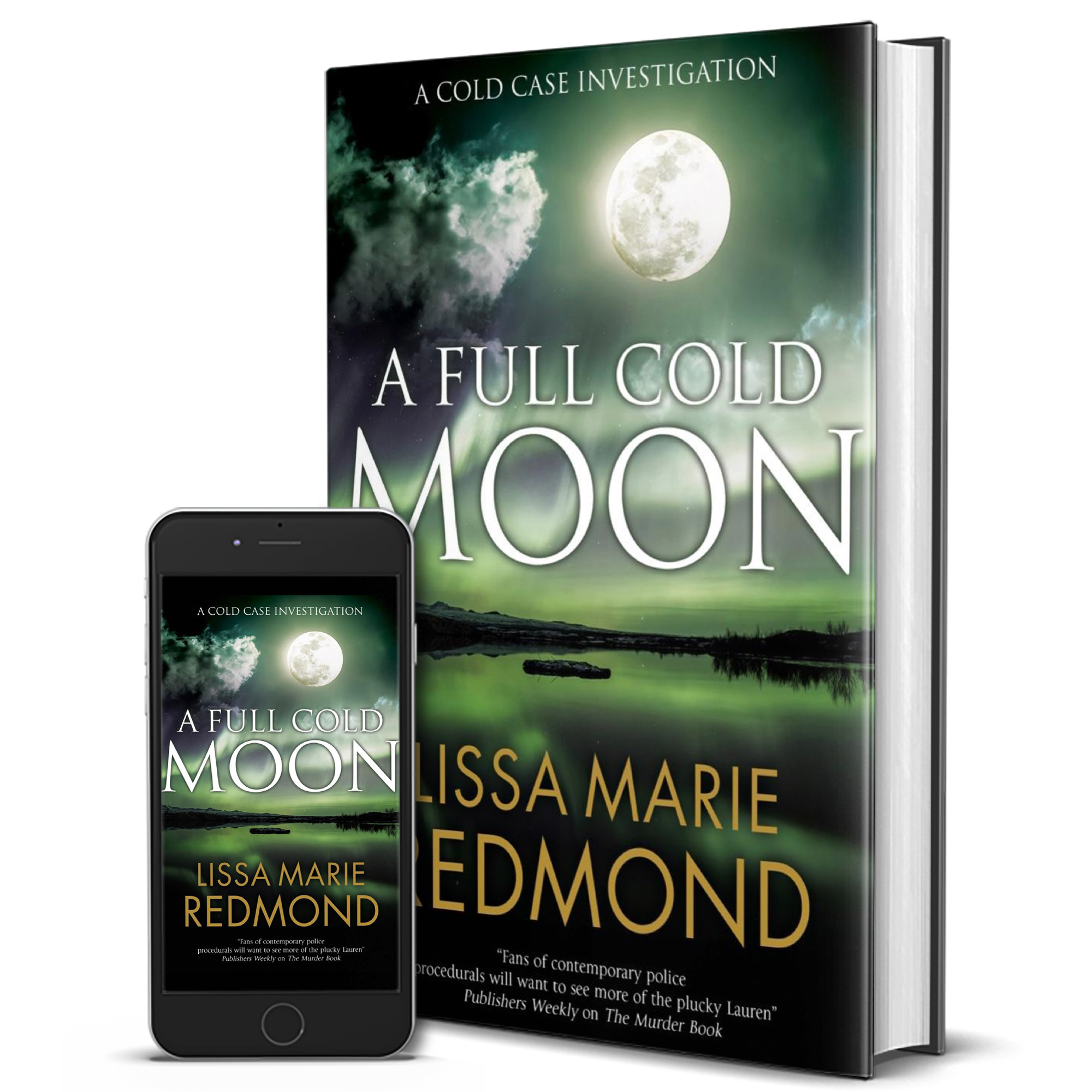 A murder of an Icelandic man during a Full Cold Moon reminds Lauren Riley of a previous case she failed to solve. She is determined not to let it happen again.

Since her partner on the Cold Case team has been out of action after being shot in the line of duty, Lauren Riley has been working Homicide. Her latest case involves an Icelandic man murdered on the streets of Buffalo mere feet from his hotel.

The brutality of the case hits Lauren hard. When she realizes the murder was committed on the night of a Full Cold Moon, it triggers memories of the first cold case she investigated that she’s been unable to solve.

Lauren is determined not to fail again but when she is involved in a shooting with a suspect, she finds the case may be taken out of her hands… especially when it gains attention from the Icelandic government. 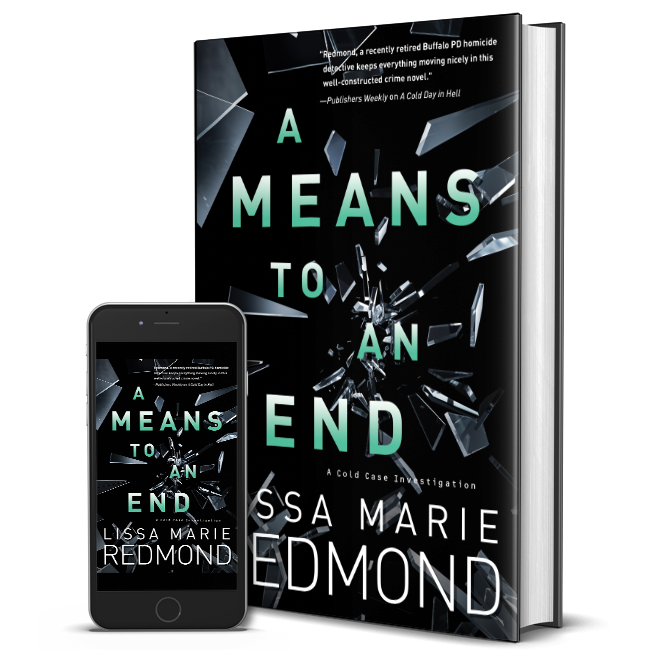 A Means to an End

Buffalo police detective Lauren Riley risks her life to close the book for good on a killer who’s never paid for his crimes.

When cold case detective Lauren Riley returns to work after being stabbed by a fellow police officer, it’s clear that her troubles are far from over. The body of a young woman has been found in the same woods as a murder victim from one of Lauren’s most horrifying cases. It doesn’t take long for Lauren to be back at square one confronting David Spencer, the quietly deranged man she could never prove was a killer. Lauren convinces the police chief to put together a task force to uncover the connections between the brutal slaying of both women and the murder of two cops. But things go south quickly, forcing Lauren into a deadly game that she can’t afford to lose. 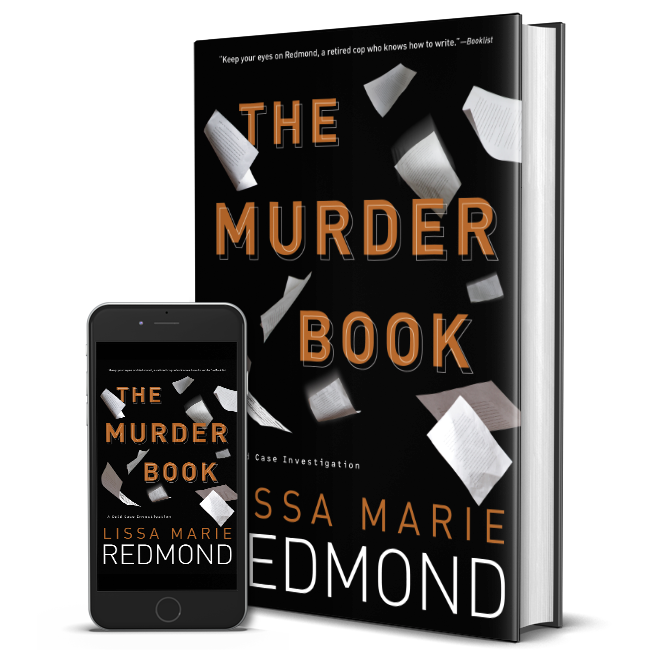 Cold case detective Lauren Riley wakes up in the hospital certain of two things: she was stabbed and left for dead…and the person who did it was a cop.

After being brutally stabbed at her desk late one night, Lauren Riley works her way backwards through the haze to piece together who attacked her and why. A mysterious phone message forces her to enlist the help of a retired lieutenant to track down a witness who is desperate not to be found. As she digs into the Buffalo Police Department’s hidden past she uncovers a terrible secret, one a fellow officer would kill to protect.

Packed with suspense and featuring a detective who “relentlessly—and with morbid humor—gets the job done” (Booklist), The Murder Book continues a series praised by Kirkus Reviews as “an excellent police procedural combined with a psychological thriller.” 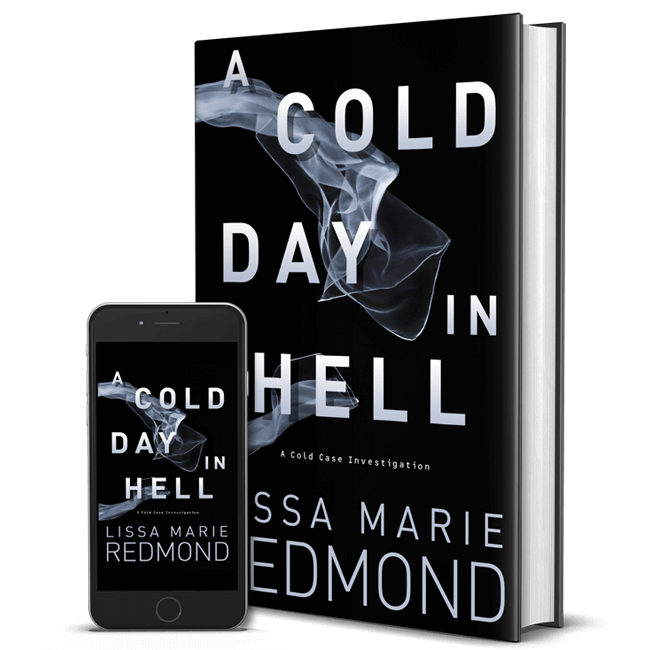 A Cold Day in Hell

Lauren Riley is an accomplished detective who has always been on the opposite side of the courtroom from her nemesis, slick defense attorney Frank Violanti. But now he’s begging to hire her as a private investigator to help clear his client of murder. At first Lauren refuses, wanting nothing to do with the media circus surrounding that case―until she meets the eighteen-year-old suspect.

To keep an innocent teen from life in prison, Lauren must unravel the conflicting evidence and changing stories to get at the buried facts. But the more she digs, the more she discovers that nothing is what it first appears to be. As Lauren puts her career and life in danger, doubt starts to lurk on every corner . . . and so does her stalker. 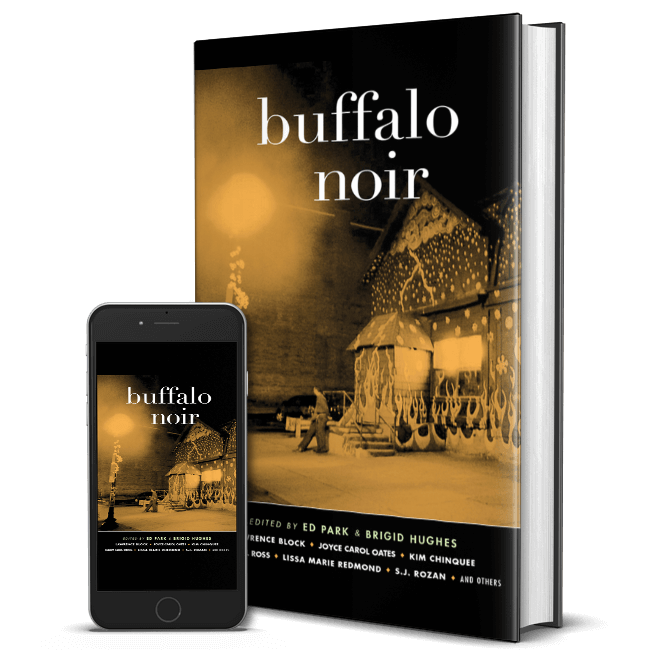 Anyone who has spent more than a few days in Buffalo will tell you that this city can spar with any other major American metropolis in the noir arena. This highly anticipated entry in the Akashic Noir Series includes stories from Buffalo-affiliated mystery titans as well as up-and-comers. 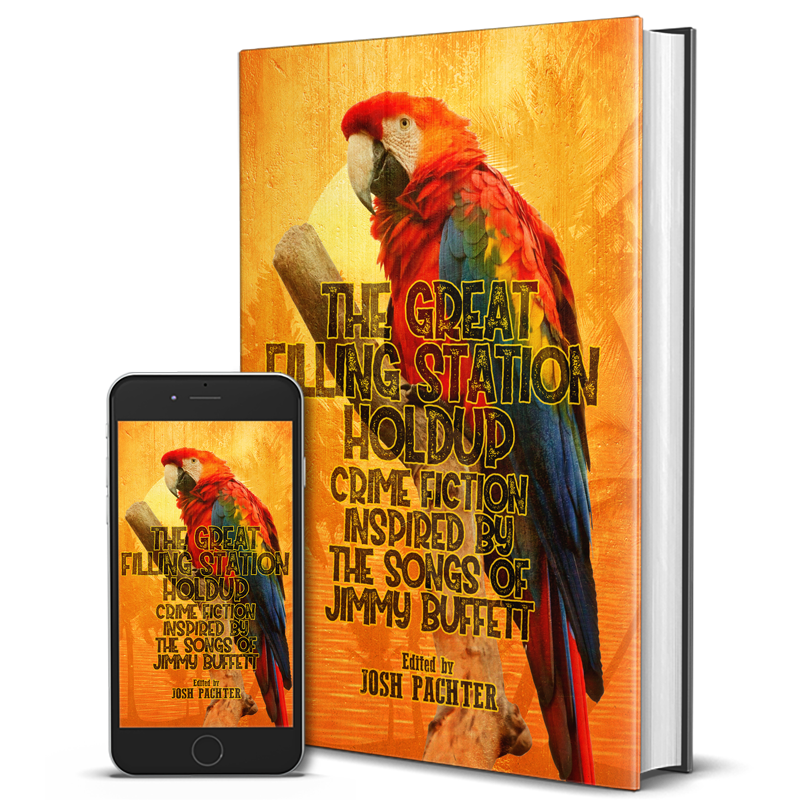 Lissa Marie Redmond is featured in this latest anthology.

In The Great Filling Station Holdup, editor Josh Pachter presents sixteen short crime stories by sixteen popular and up-and-coming crime writers, each story based on a song from one of the twenty-nine studio albums Jimmy has released over the last half century, from Leigh Lundin’s take on “Truckstop Salvation” to M.E. Browning’s interpretation of “Einstein Was a Surfer.”

Available now as paperback and ebook!

Many of my books are now available on Audible!